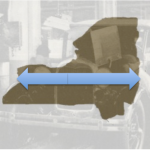 Governor Cuomo frequently asserts that “the arrows are pointing in the right direction” for the upstate New York economy, thanks to state policy changes under his leadership.

But approaching the sixth Labor Day of Cuomo’s tenure, the latest job statistics continued to tell a different, more complicated story. For example, as reported in recent posts on this site:

As the Fed’s Dudley pointed out, upstate’s sluggish economic performance “isn’t new, as upstate New York has historically tended to grow much more slowly than the nation.” Regional trends are affected by a lot of macro-economic factors beyond the control of any governor. And on the positive side, Cuomo deserves a lot of credit for some important pro-growth initiatives, especially his property tax cap, corporate tax rate cuts and (unfinished) reform of the state estate tax.

But taxes aren’t the only factor affecting New York’s attractiveness as a place to create jobs and do business. Cuomo has also undermined upstate recovery prospects with his ban on shale gas “fracking,” his denial of a permit for a desperately needed natural gas pipeline across the Southern Tier, his (partially successful) advocacy of a $15 minimum wage and his failure to reform an increasingly costly workers’ compensation insurance system, among other policies.

His prescription for an upstate recovery relies heavily on state-subsidized, centrally controlled mega-initiatives modeled on the “Buffalo Billion”—which has sparked a federal investigation.

The bottom line: at best, taking together modest upward trends in some metro areas with sharp declines in others, the upstate arrow is pointing sideways.