The SALT story: Washing away the brine 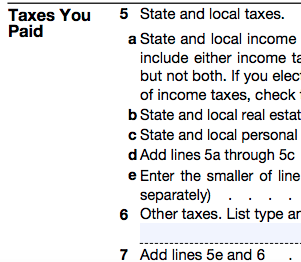 A provision in the Tax Cuts and Jobs Act, the federal tax law signed into law by President Trump in December 2017, capped at $10,000 the amount of salt and local tax (SALT) payments that could be deducted from federal income tax liabilities.

The SALT cap has its greatest impact in high-tax states—especially New York, which is especially dependent on the personal income tax revenues from its high-income earners, many of whom experienced an effective tax increase. However, former Governor Andrew Cuomo and some other New York politicians have exaggerated the extent of the impact of the SALT cap’s impact on middle-class households.

E.J. McMahon, founding senior fellow of the Empire Center, has been a leading analyst of the interaction between federal and state tax policies in general, and of the SALT cap in particular. In reverse chronological order, McMahon’s writing and research on the subject has included the following: